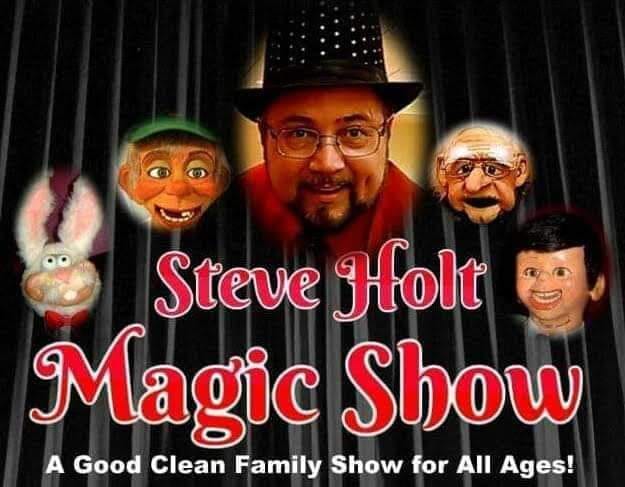 Steve Holt, Magician and Ventriloquist, one of America's Premier Entertainers is coming to a city or town near you soon to amaze your guests and families.  He has trained in the tradition of the great Masters of yesteryear and has entertained family audiences for over 40 years. He toured the United States, England and Canada with his full evening stage show, “The Miracles of Magic Show” from 1987-1991 and brings and even better, easier-to-transport show into the New Year!

Steve's special brand of entertainment is full of quick witted one-liners, audience participation, loads of illusionary mysteries  and is  “A STRONG PERFORMANCE”  with plenty of  “AH HA MOMENTS”.  He is a party entertainment expert and a busy family comedy magician and ventriloquist serving the Carolina Upstate and the Southeastern United States!​  He is also a gifted School Assembly Presenter and Ministry Speaker, who is all about giving, inspiring and encouraging others.

what you will see at a steve holt show